Last year, Xiaomei Wang and I were invited to contribute to the Selected Proceedings from New Ways of Analyzing Variation (NWAV 48) in the University of Pennsylvania Working Papers in Linguistics series. Edited by Penn Linguistics graduate students Ruaridh Purse and Yosiane White, the issue has just been published. Take a look at our article, “Local identity and standardization: Evidence from Tianjin tone sandhi.”

By far the lion’s share of this work was carried out by Xiaomei, during her time as a PhD Linguistics student here at MSU. I served as Xiaomei’s co-advisor, with Yen-Hwei Lin. Originally Xiaomei intended to be a formal phonologist of Chinese, but along the way she took a graduate sociolinguistics class! Xiaomei realized that there had been little prior work on the social motivations for ongoing changes to the tone sandhi patterns of her native Tianjin dialect. On multiple trips home, she conducted sociolinguistic interviews with 90 (!) speakers of Tianjin dialect, balanced by sex, age group and social class.

Xiaomei’s doctoral research confirmed that one traditional Tianji tone sandhi pattern is becoming obsolete (the sandhi rule is hardly ever applied any more), one is being replaced with a new sandhi pattern whose output is closer to Standard Mandarin, but one is actually becoming more frequent in apparent time. We speculate that the huge incursion of domestic migrants to Tianjin in the late 20th century has created a form of linguistic resistance, akin to that documented by Labov on Martha’s Vineyard in the 1960s.

It’s been a joy to dig into these data with Xiaomei, and to contribute to the emerging body of variationist sociolinguistic work on mainland Chinese. We plan to write up the PWPL paper for submission to a journal, so stay tuned. 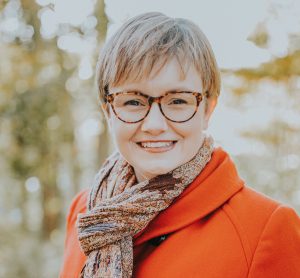